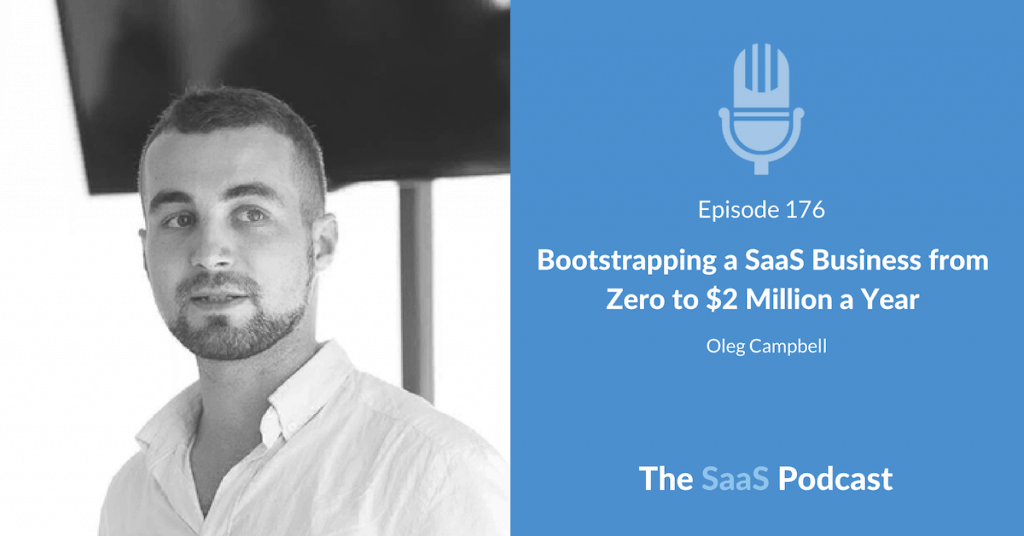 Bootstrapping a SaaS Business from Zero to $2 Million a Year

Oleg Campbell is the founder and CEO of Reply.io, a SaaS platform that puts your email outreach on autopilot while keeping it personal.

Oleg is a developer who grew his previous startup from zero to $150,000 a year. But sales flatlined after that and he couldn't figure out how to keep growing.

He believed that his lack of sales experience was a major factor. So he took a part time sales job where he basically worked for nothing – just commission.

And in the 6 months that he worked there, he didn't make a single sale. But he learned a lot about sales. And that experience helped him come up with the idea for Reply.

So he moved back to Ukraine, where he was able to cut his living expenses. That allowed him to hire a developer who could work with him on Reply.

And this is when his new found sales experience really helped him. Not only was he able to close more sales, but he was also able to understand his target customers (who were mainly sales people) much better.

We talk about how he acquired his first customers and what he did to grow the business. And we discuss the lessons learned from bootstrapping a SaaS business doing over $2 million a year.

It's a great story with some great lessons. I hope you enjoy it.