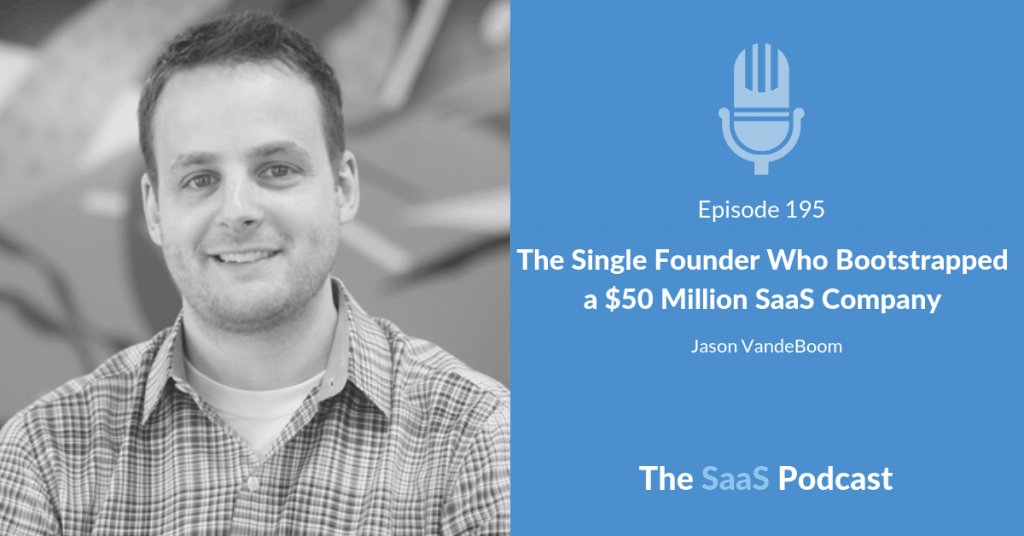 The Single Founder Who Bootstrapped a $50 Million SaaS Company

Jason VandeBoom is the founder and CEO of ActiveCampaign, an email marketing, marketing automation and sales CRM platform.

Jason was doing consulting work as a developer. He decided to move to Chicago and study fine arts at college. He started looking for ways to do less consulting so he had more time for college.

At the time he'd been building email marketing solutions for a number of clients. So he decided to package up that work into an email marketing product that he could sell. This was an on-premise product (not SaaS) so clients had to install the software on their own computers.

He continued with the on-premise software model. But growth was slow. After 10 years his business was generating a couple of million dollars in revenue and was profitable.

And then decided to bite the bullet and switch to a SaaS model. He was potentially risking all his existing revenue. But looking back, he wishes that he'd done it sooner and didn't overthink things.

The real growth for ActiveCampaign has happened in the last 2 years — after 13 years of slow growth. The company now has over 60,000 customers and generates over $50 million a year in revenue. And it employs over 300 people.

Jason raised $20M in 2016, but bootstrapped and self-funded the business for the first 13 years. And so far, he hasn't used any of the money he raised. And he's a single founder.

You've probably heard things like — you can't succeed unless you find a co-founder or jump into working on your business full-time from day one.

Well in this episode we dispel those myths and show you how a single founder who started his business part-time went on to build a SaaS company doing over $4 million in monthly recurring revenue.

It's a great interview and an inspiring story. I hope you enjoy it.