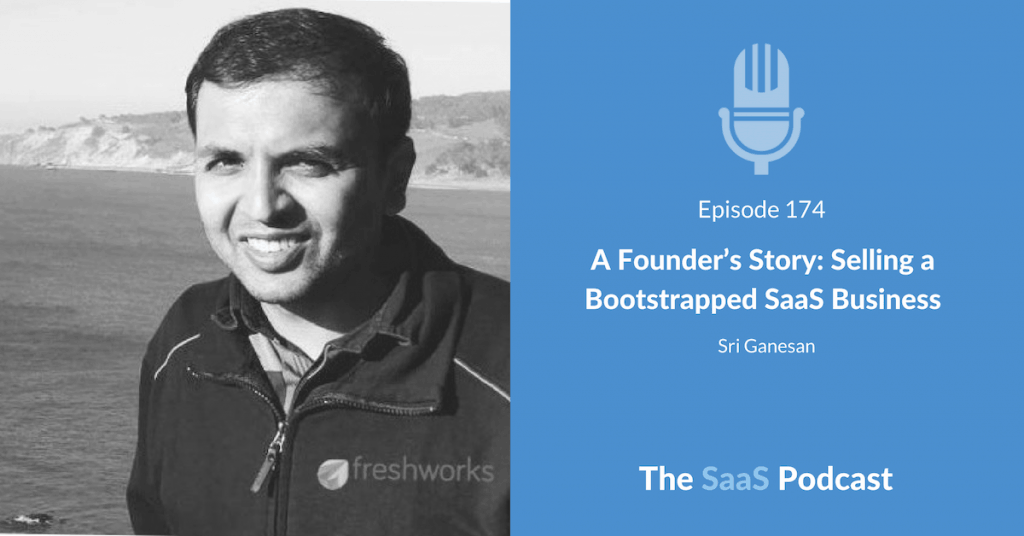 Sri Ganesan is the Director of FreshChat, a modern messaging software product that helps businesses to have marketing, sales and support conversations with customers.

FreshChat started out as Konotor, a startup which Sri founded with a couple of friends. The founders originally set out to build a Whatsapp competitor. But realized that building a platform like that required a lot of capital. So they pivoted and focused on a mobile user engagement platform for 2-way messaging inside your app.

Eventually that product was acquired by FreshDesk and became FreshChat. We discuss that experience of selling a bootstrapped SaaS business.

In this interview you're going to hear that story and discover some interesting lessons.

Firstly, Sri wasn't happy about how the sales guy on his team was pitching the product to customers. Sri felt that the sales guy was under selling the product by pitching just one basic feature instead of communicating the full value of the product. But in hindsight that turned out to be a smart decision by sales guy and Sri shares what he learned from that experience.

Another great lesson Sri shares is how many customers kept asking them for a feature, but the founders didn't agree. They had a strong vision for their product and felt that this particular feature would move them away from that vision. So they never built it. But years later, after they were acquired, they did add that feature to their product which resulted in significant revenue growth. We talk about what that feature was and the lesson that Sri learned.

It's a great an interview. I hope you enjoy it.