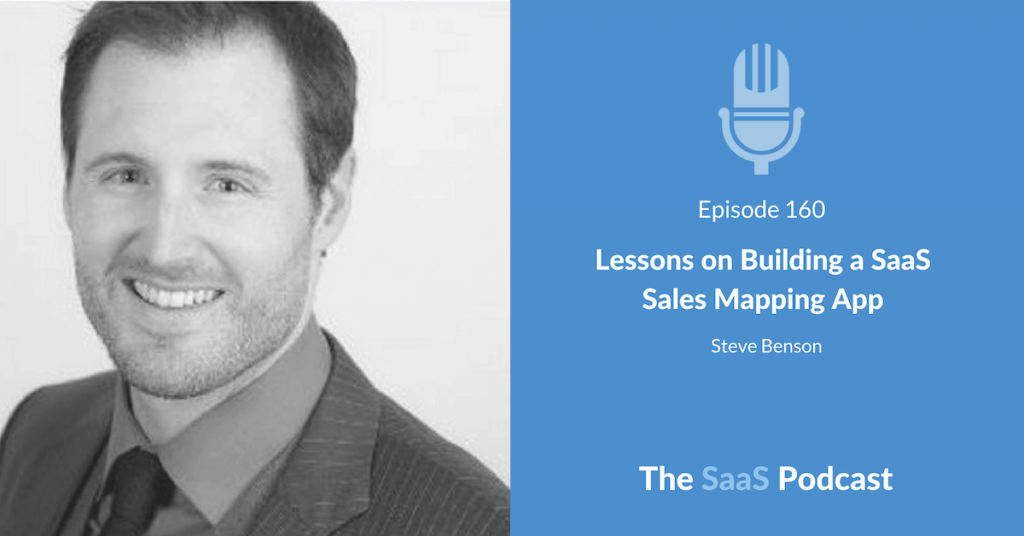 Steve Benson is the co-founder and CEO of Badger Maps, a SaaS sales mapping app that helps salespeople be more successful.

The product enables sales reps to map their CRM customer data, integrate with their calendar, plan routes and find nearby leads. Badger Maps is a SaaS product and mobile app.

Badger Maps was founded in 2012. The company is based in San Francisco and to date has raised just about $1M in funding.

Prior to founding Badger Maps, Steve worked in sales for companies like IBM, Autonomy, and Google. In 2009, he was named Google Enterprise's Top Performing Salesperson in the World.

This episode is a story about a sales guy who had an idea for a SaaS startup. He realized that there was a lot of time being wasted as salespeople drive from one customer's location to another. And he figured he could make them more efficient.

So he started with a really simple idea — take all those customers that a salesperson has to see each day and map them as points on Google Maps.

That simple idea has grown into a SaaS sales mapping app and business with over 6000 customers today.

In this episode, we talk about how he came up with the idea, what he did to build his business and some sales lessons that have helped him grow his business.