SaaS Sales: How to Use Consultative Selling to Grow Your Startup – with Oleg Rogynskyy [182] 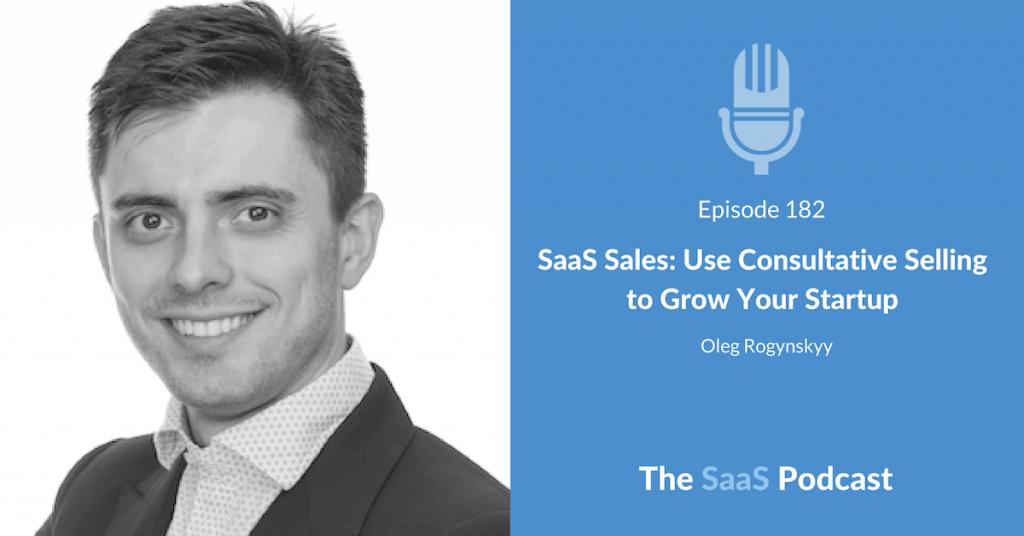 SaaS Sales: How to Use Consultative Selling to Grow Your Startup

Oleg Rogynskyy is the founder and CEO OF People.ai.

People.ai is a SaaS platform that uses artificial intelligence to help sales teams to be more effective by automatically capturing all their sales activities and then giving them clear and actionable insights.

People.ai was founded in 2016 and has raised around $7 million in funding.

But back in 2010, Oleg was doing the 9 to 5 at another company, when he had an idea for a startup. He realized there was a need for democratized, cloud-based text analysis. So he left his job to bootstrap a startup called Semantria.

It took Oleg and his co-founder George about 9 months to build the product and to land their first customer. And Oleg spent the majority of those 9 months talking to prospective customers using a consultative selling approach. He focused on two main things — listening more than he was talking and providing his prospects with real value before even talking about his product.

And that approach paid off. The founders went from zero to $5 million ARR in just over 2.5 years. And then did no inbound marketing. They just focused on doing one thing — outbound sales really well.

In this episode, you'll hear about Oleg's story and what he did to build both Semantria and People.ai. And you'll learn some awesome tactics and tips on using consultative selling with your own prospective customers.

I hope you enjoy it and get some actionable insights of your own.