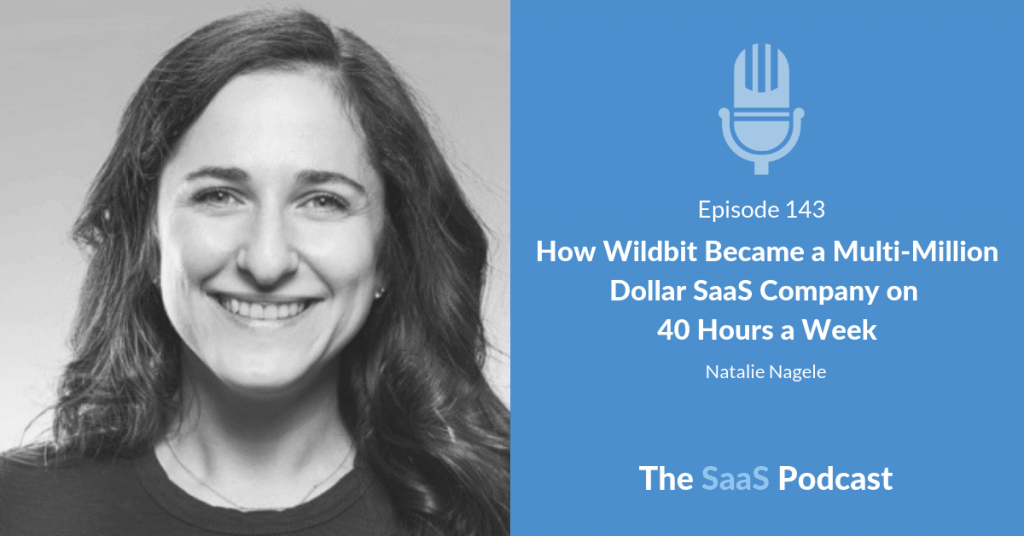 Natalie Nagele is the co-founder and CEO of Wildbit, a bootstrapped software company that builds web apps to help software developers collaborate better.

The company was founded in 1999 as a web development consultancy and it launched its first web app in 2005. Since then the company has launched and grown a number of products such as Beanstalk, Deploybot and Postmark which are used by over 100,000 companies.

Half of the Wildbit team works out of Philadelphia, with the rest spread out around the world. And the company's culture, communication and process are specifically tailored around a remote team.

This week's interview is a story about a bootstrapped SaaS company that generates multi-million dollars in revenue, is profitable and most of the time, its employees work no more than 40 hours a week.

The company was founded by a husband and wife team, who started out with a consulting business and eventually turned it into a product business that now has 3 successful software products and a team of 26 people across the world.

The founders do a lot of things that go against the conventional wisdom that we so often hear these days. From private offices for every employee, to a standard 40-hour work week, they've shown that you can build a profitable and successful SaaS company.

A big part of their company culture was inspired by 37Signals (the makers of Basecamp) and the book Getting Real.

My guest is a wonderful woman, who has an inspiring story to share and I love how both she and her husband, have built a people-first company culture. It's easy to talk about something like that, it's much harder to actually do it.

I'm sure you'll walk away with at least one great idea from this interview and maybe you'll be inspired to think a little differently about your business.