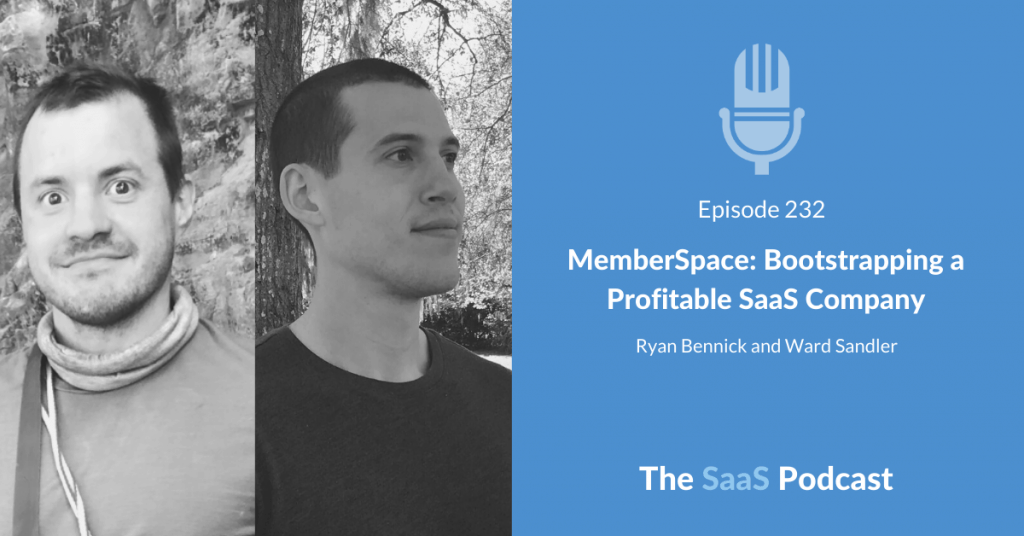 Ryan Bennick and Ward Sandler are the co-founders of MemberSpace, a SaaS product that lets you easily add membership functionality to your existing website.

In 2010, Ryan and Ward were working in enterprise sales for a tax and accounting startup.

They didn't enjoy their jobs and often talked about starting their own software company. But they could never find a great business idea. And neither of them knew how to code.

So they bought a book about HTML and decided to teach themselves how to code. A year later, they got their first paid gig building a website for Ward's uncle who was an attorney.

Over the next few years, they slowly grew their consulting business. And eventually, they focused on building Squarespace websites for clients.

One day while looking through a Squarespace forum, they noticed that a lot of people were asking how they could password protect pages on their website.

So Ryan and Ward built a simple tool. It didn't do much, but it solved that problem. And people loved it. So they kept listening to their users and making the tool better.

About 5 months after releasing their tool, they had their first paying customer. It had taken 6 years, but they finally had a software business and their first customer.

In this interview, we talk about how they launched their SaaS product, how they use customer support as a way to differentiate themselves and how they've bootstrapped a multiple 6-figure and profitable business.

It's a great story that I think you'll enjoy, especially if you're in the early stages of building and growing your SaaS business.