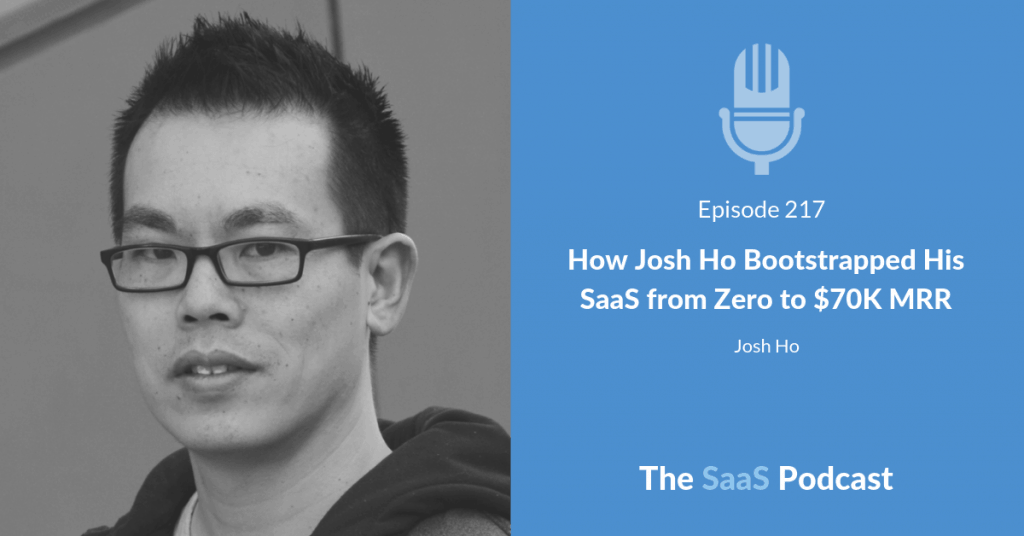 How Josh Ho Bootstrapped His SaaS from Zero to $70K MRR

Josh Ho is the founder and CEO of Referral Rock, a SaaS product that helps businesses to design, launch and manage a customer referral program.

You've got a great idea for a SaaS product, but no one else seems as excited about it. Does that mean it's a bad idea and you should move on to something else? Not necessarily.

In 2013, Josh was at a car dealership waiting for his car to be serviced. He overheard a conversation which got him curious about how brick and mortar companies like car dealerships got referrals and if there was a way to automate word of mouth referrals.

But being a bit stubborn, he decided to build an MVP anyway.

He kept things really simple and cobbled together a few different tools and technologies to quickly build an MVP. And he started getting the word out anyway and every way he could.

And slowly he started getting people signing up for his product. About 18 months later, he had around 500 users signed up.

But there was one big problem. Josh wasn't charging any money for his product. He had hundreds of users but no customers and no revenue.

One day, a close friend told Josh something that he needed to hear. He didn't have a real business until he was charging for his product and generating sales.

So reluctantly that weekend, he added a paid plan. And to his surprise, a week later he had his first customer paying him $59 a month.

Today, Josh runs a 100% remote company with 12 full-time employees and he's generating $70,000 in monthly recurring revenue. And his business is totally bootstrapped.

At every step, he kept second guessing himself and questioning how big his business could become. But he kept executing, trying new things and taking action.

There was no magic bullet or hack that helped him grow. He kept doing small things to see what worked and if they did, they figured out how to scale them. And that's what he's still doing today.

It's a great story and Josh talks candidly about his successes and failures.