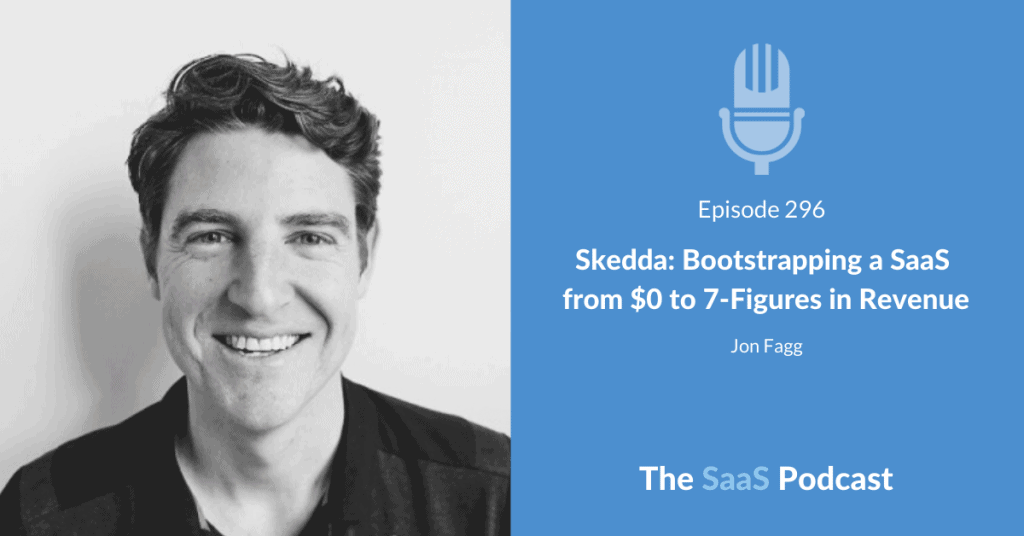 Skedda: Bootstrapping a SaaS from $0 to 7-Figures in Revenue – with Jonathan Fagg [296]

Skedda: Bootstrapping a SaaS from $0 to 7-Figures in Revenue

Jon Fagg is the co-founder of Skedda, a reservation, and scheduling system for spaces such as meeting rooms, sports venues, professional studios, and more.

In 2013, Jon and his co-founder were running a sports facility in Melbourne, Australia.

They were struggling to manage reservations and bookings. They looked around for the right software but couldn't find a good solution. So they decided that they would build a tool and thought they could also sell it to other businesses.

But neither of them could code and had no idea how to build a software product.

Jon persuaded another friend who was an engineer to join their team. The only problem was that he was doing his Ph.D. in Germany at the time. So they had to work remotely across different timezones to build the product.

But the founders had no idea what they were doing.

They didn't have a background in starting a software business. So even though they managed to build a product, finding customers was painfully slow. It took well over 18 months to find their first ten customers.

Also, it didn't help that they were all working part-time on this side project.

They tried a bunch of different things to get customers, including sending handwritten letters in the mail. But nothing seemed to work. It looked like this would be nothing more than a side-project that never went beyond a handful of customers.

But a couple of years into working on this business, they made two key changes.

And within six months, that opened the floodgates for them. They suddenly had more traffic to their site, more people signing up to try the product, and many of them were converting into paying customers.

Today, they have about 4,000 customers, are doing multiple 7-figures in annual recurring revenue (ARR), and are a team of 15 people. And their business has been bootstrapped all the way.

In this interview, we cover exactly how they overcame the struggles of finding customers. And we deep dive into the two big changes they made that turned things around for them.