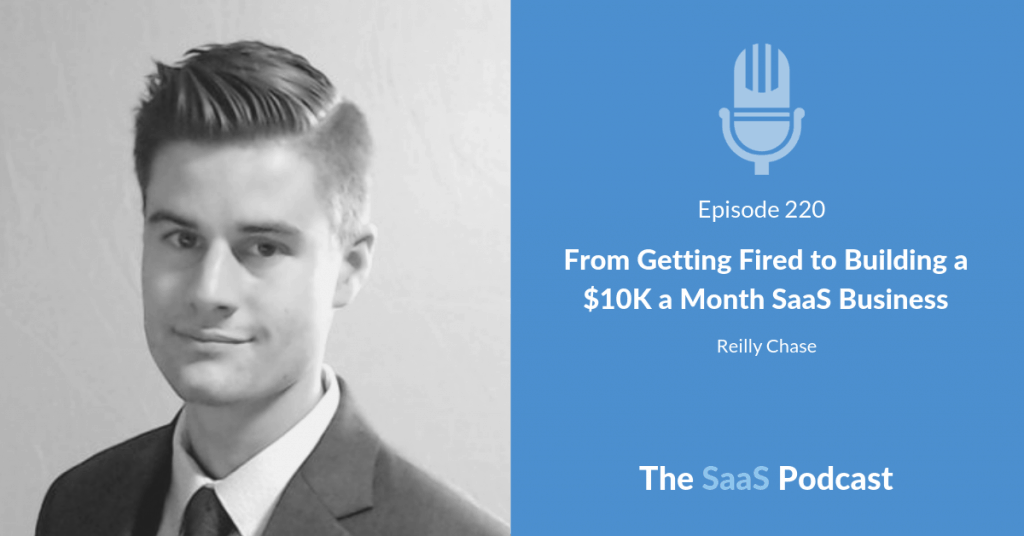 From Getting Fired to Building a $10K a Month SaaS Business

Reilly Chase is the founder of HostiFi, a SaaS platform that helps IT providers, to manage all their customers' networks from a single server.

In early 2018, a listener of this show mentioned me in a tweet. He told me how the podcast was such an inspiration for him and that he was about to start his own SaaS business.

He was a single founder, bootstrapping a SaaS business for the first time and he was learning to code as he went. And over the next few months, he started sharing what he was doing.

I'd often see tweets or LinkedIn posts from him about what he had just tried, what worked and what didn't work. He was a completely open book and you couldn't help but root for him.

Once he shipped his product, he got a few early customers but wasn't making a lot of money. But it was interesting to watch him from the sideline as he tried all kinds of things to grow.

He told me that at his current growth rate, he could probably get there in about 2 years time. But I told him that based on what I'd seen of him, I was pretty sure he'd get there sooner.

So that was the new year resolution he set on January 1st, 2019. But a week later, his life turned upside down. He was fired from his job because his employer didn't like him moonlighting.

And he had some tough decisions to make. Eventually, he decided to go all-in with his SaaS business. He even sold his house to give him a longer runway.

Now his SaaS product wasn't just a side-project, it was everything to him. And it was amazing to see how getting fired from his job, gave him even more motivation to succeed with his SaaS.

And in 8 months, he achieved the goal that we set together. His business is currently doing over $10K in monthly recurring revenue. And I'm delighted to have Reilly join me on the show.

I hope you enjoy the interview!