Failing to Succeed: Lessons from a Failed Software Startup – with Mike Muhney [169] 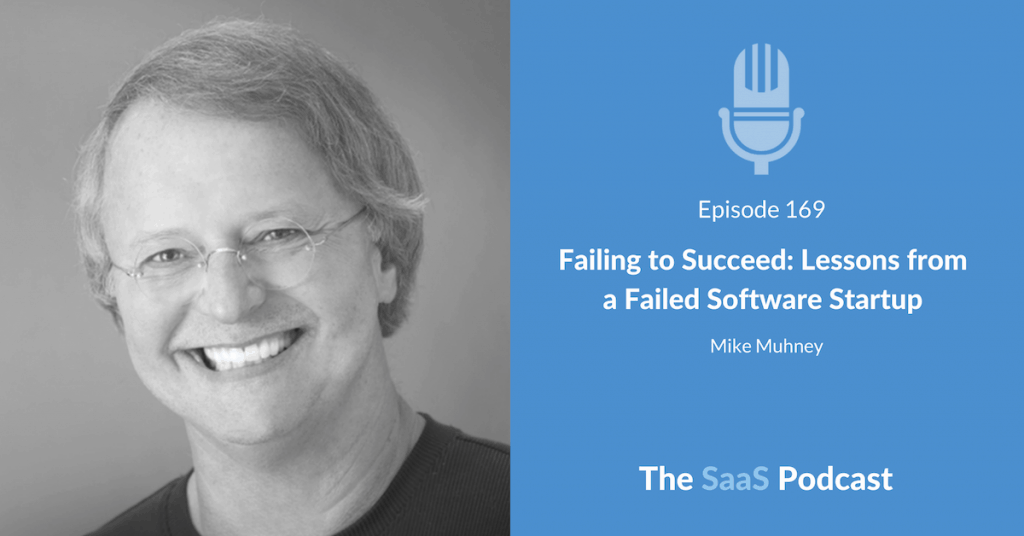 Failing to Succeed: Lessons from a Failed Software Startup

Mike Muhney is the founder and CEO of VIP Orbit, a software company focused on building great contact management products.

He launched their flagship product VIP Orbit in 2010 and they raised $6.5 million. Recently Mike had to shut down the business because he ran out of money and wasn't getting the traction that he'd hoped for.

So in this episode, he joins me to talk about the lessons that he's learned from a failed startup. We have a very open and candid conversation about what he thinks led to that failure. We explore the different factors, why he got into that situation, what are some of the lessons he's learned from that, and what he'd do differently now.

He was in a similar situation in the 1980s when he co-founded a startup which eventually failed. He'd raised $100,000 from an angel investor. He ended up with $15,000 of that money left and needed to give the money back or come up with another idea.

And they did come up with another idea which was ACT! Contact Management Software, which they went onto sell for $47 million.

So Mike is a seasoned and experienced entrepreneur who's seen the highs and lows of entrepreneurship. And in this episode, he's willing to talk about the tough parts of being an entrepreneur.

If you listen to this podcast, you'll know that the majority of times we're talking about people's successes. And I try to get as much as I can out of them about what didn't go well, what failed and what they learned from that.

But this episode is different because the entire interview is about failure. A whole business that failed and what lessons were learned from that.

So I hope you find it useful. I certainly did. Mike's a great guy and there are a lot of useful lessons here.