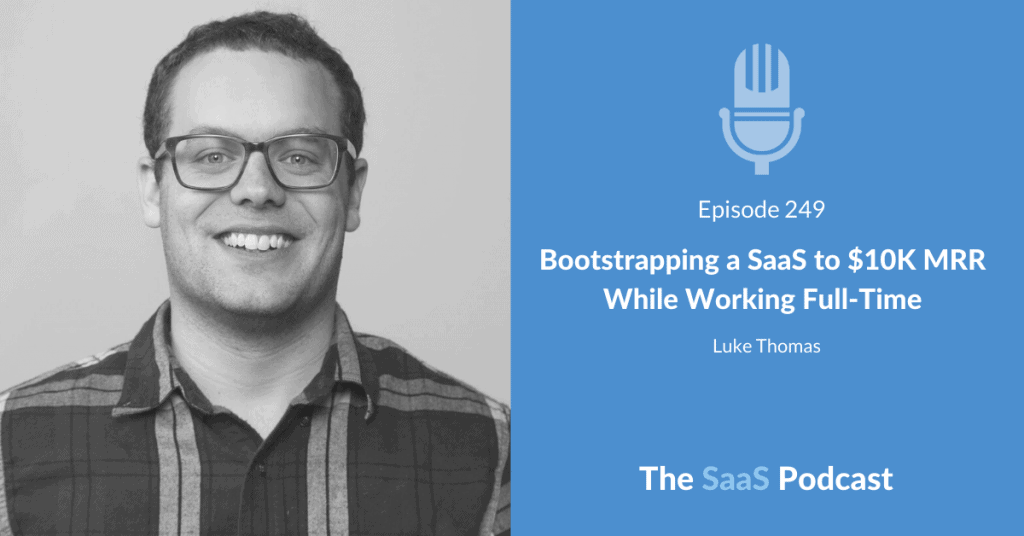 Bootstrapping a SaaS to $10K MRR While Working Full-Time

In 2013, Luke quit his job at a startup. He'd enjoyed working there, but lately, he didn't feel like he was getting the support he needed from his manager.

But rather than having a potentially uncomfortable conversation with his manager, it was easier for Luke to just find a new job.

He reflected on that experience and thought, “if my manager had just regularly asked me a few questions, I would have shared my concerns and probably stayed at the company.”

He began thinking of ways that software could have helped to break down those barriers so employees could give feedback and provide updates regularly.

And that's when the idea for his SaaS product was born.

But it took him nearly 3 years to start building a product. In late 2015, he spun up a new Ruby on Rails app and hoped his new side-project would make him an extra $1000 a month.

He shipped the product in January 2016 and it took 3 months for him to find his first customer. Luke was over the moon that he earning $45 a month.

He kept working on his product and doing whatever he could to find customers. There was no plan, he just tried anything and everything to get the word out about his product.

He was now spending most evenings and weekends on his side-project. And in three years he took the business from zero to $10K MRR, while still working a full-time job.

But it wasn't all smooth sailing. Luke also faced several challenges along the way.

For example, he pivoted the product to become an HR tool and it helped grow sales. But a year later he realized he'd made the wrong decision and had to pivot back.

He also spent months talking to investors but didn't raise any money. They wanted to know why he wasn't working on his business full-time, but he didn't have any good answers. He also didn't do a good job selling the vision for his business.

In this interview, we talk in detail about Luke's story. We dig into how he found customers, what lessons he learned bootstrapping a SaaS business, and how in 2019 he eventually quit his job to work on his business full-time.

If you're a new or early-stage SaaS founder, I think you're going to love this interview.