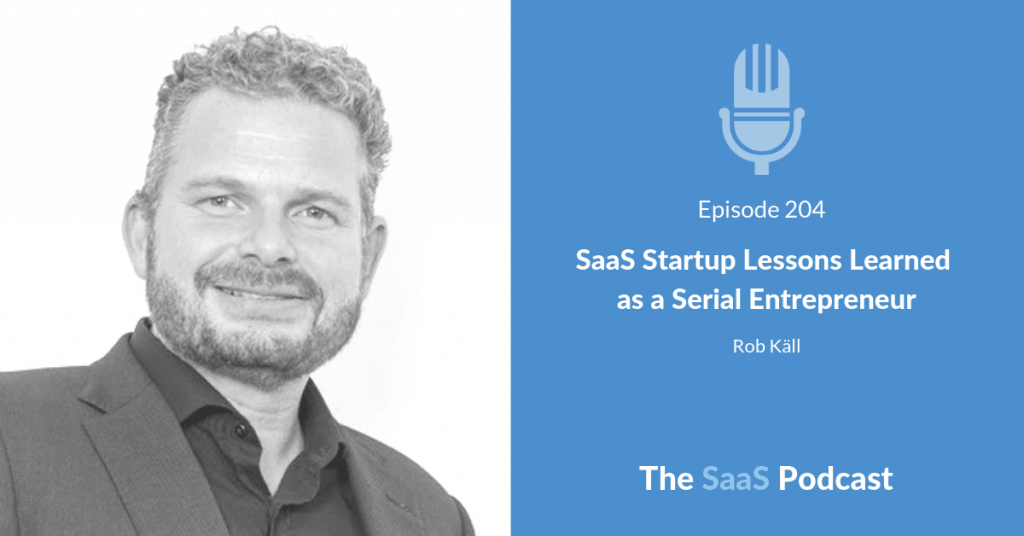 Rob Kall is the co-founder and CEO of Cien, a product that helps sales teams get an edge using AI to enhance the quality of their data and improve their productivity.

As every founder knows, building a SaaS business is rarely easy. And if you're doing it for the first time, it can be particularly hard and you often wonder if you should keep going or not.

So can we learn anything from serial SaaS founders who've built and sold several companies?

In 2001, Rob Kall and his co-founder talked about starting a SaaS business. They liked building websites and were interested in real-estate, so decided to build websites for realtors.

They didn't put much thought into it. It seemed like a good idea and they thought they could build better sites for realtors than the ones they'd seen. So they started a business.

But then he started a second SaaS business and sold that a few years later for $15 million.

Was it luck again? Was it really just about being in the right place at the right time?

Rob is now building his third SaaS business. He seems to be a natural serial entrepreneur and on the surface, it seems like it's been smooth sailing from one company to the next.

But when you look below the surface you start to get a picture of how tough it's really been for Rob. It's the same roller coaster ride experienced by first time SaaS founders.

While luck plays a factor, it's really about your mental resilience, having faith in yourself and the ability to keep going. Those are the factors that create a successful founder and company.

In this interview we talk about that journey, some of the challenges that Rob has faced along the way and what keeps him going through the tough times.