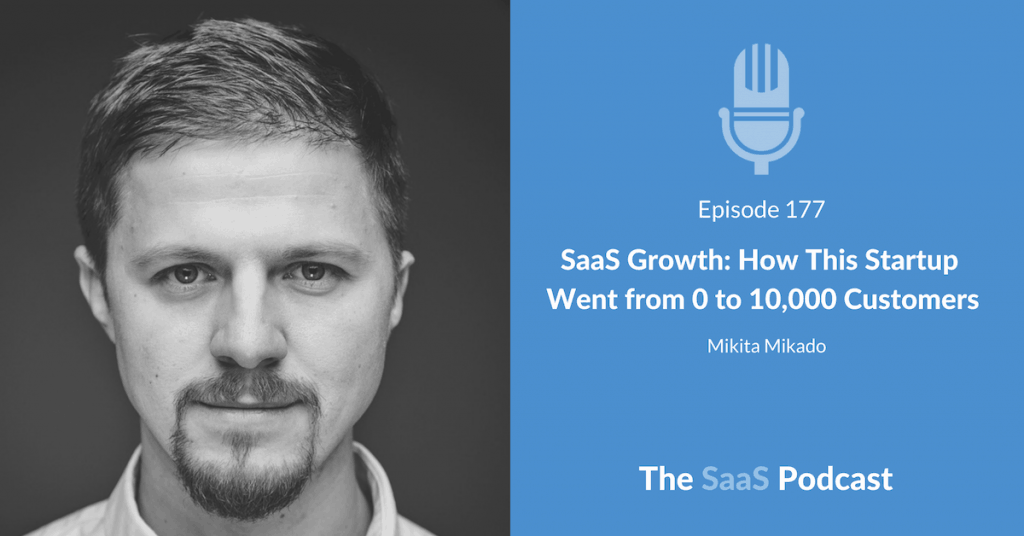 SaaS Growth: How This Startup Went from 0 to 10,000 Customers

Mikita Mikado is the co-founder and CEO of PandaDoc, a SaaS product that lets you create, deliver, and manage your team's quotes, proposals, contracts, and other sales collateral.

Before launching PandaDoc, Mikita and his co-founder Serge were running another business together in Belarus. They had to send out a lot of sales proposals and contracts.

It was tedious and time consuming for them to create and track all these documents. And after investing hours into putting a document together, they had no idea if their prospective customer had even looked at it.

So eventually, they decided to solve this problem, not just for themselves but also for other people running similar businesses. They built a SaaS product called QuoteRoller and launched it in 2011. The product helped to create and track sales proposals.

They got lucky when they launched and got some initial traction. But soon they realized that they hadn't quite built the product the right way and that they were spending too much time arguing with each other about features, instead of talking to their customers. That was the wake up call for them.

A couple of years later, they built and launched PandaDoc and took it from zero to over 10,000 customers. So in this episode, we talk about the lessons and mistakes they made in the early days. And we dive into the growth strategies that have helped them to grow into a $10 million plus business.

You'll also hear a great story on how Mikita's sense of humor helped them to find an investor in the most unexpected way.

I hope you enjoy the interview.