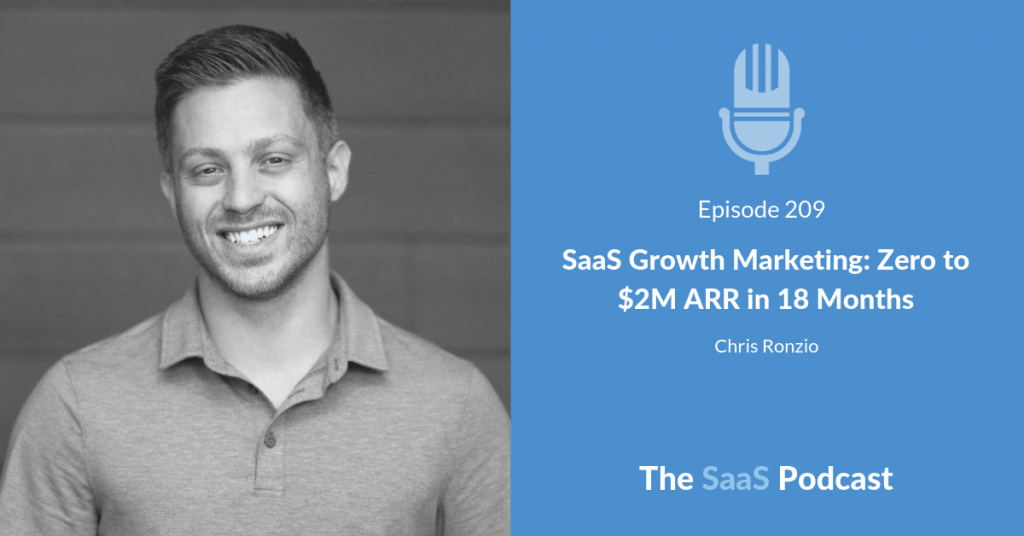 Chris Ronzio is the founder and CEO of Trainual, a SaaS product that helps companies to onboard employees, automate training, systemize processes, and put everything about your business in one place.

Paid advertising doesn't work. That's what I often hear from the founders of SaaS companies.

They tell me that they tried Facebook and Google ads, but it was too expensive to acquire customers and so they focused on other growth strategies like content marketing instead.

Chris Ronzio was running a consulting business in Arizona. He realized that many of his clients were struggling with the same issue. So one day he hired a developer to build a simple tool for him. And he started using that tool to help his clients run their businesses better.

Some years later, Chris decided that he'd had enough of consulting. He really wanted to build a product business. And he realized that the simple in-house tool he'd been using with his clients all those years could actually be turned into a SaaS product.

He decided to go all in with this new business. And he quickly got to a few thousand dollars in monthly recurring revenue by selling his product to his consulting clients.

But finding more customers beyond his consulting clients wasn't so easy. He tried a bunch of things that either didn't work or had disappointing results. But he kept looking and trying different things and eventually he found a way to get customers – by using Facebook ads.

Initially, it was expensive to acquire customers using Facebook ads. But Chris kept at it and eventually he figured out how to get customers profitably. He knew how much a customer was worth and how much he could spend to acquire a new customer.

And once he had that working, he took a calculated risk. He started spending as much as he could on Facebook ads. At one point, he had over $300,000 worth of credit card debt. But it enabled him to grow the business much faster.

He went from zero to over $2 million in annual recurring revenue in less than 18 months.

In this interview, we talk about the ups and downs that Chris experienced. We explore some of the mistakes he made and what he learned from those mistakes. And we dig into exactly what he did with this Facebook advertising campaign to acquire those customers.