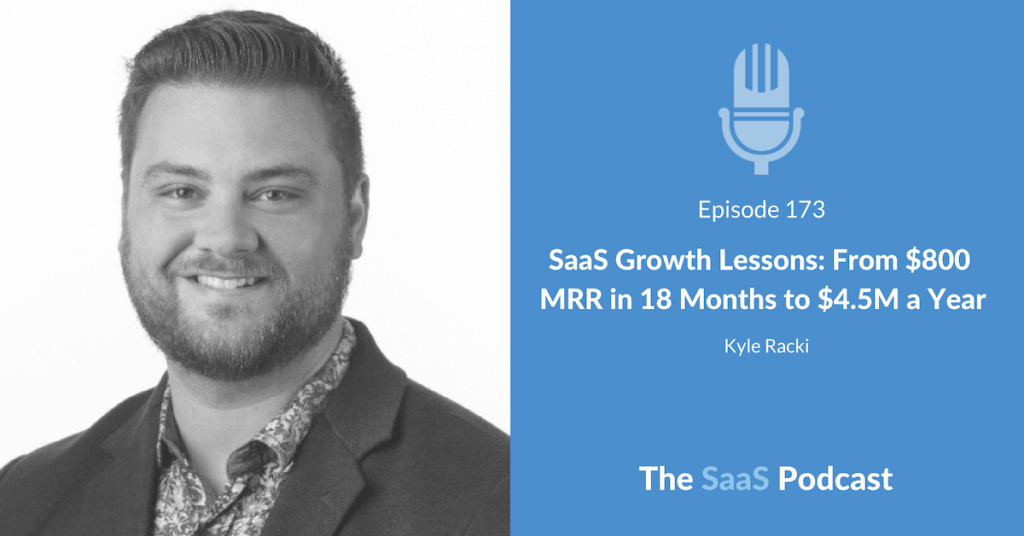 Kyle Racki is the co-founder and CEO of Proposify, a SaaS product that helps you create proposal documents, collaborate with your team and streamline your sales process so you can close deals faster.

The company was founded in 2014 and is based in Halifax, Nova Scotia.

Kyle and his co-founder Kevin came up with the idea for Proposify when they were running a design agency. But they didn't do anything with that idea for several years.

Eventually they decided that they wanted to get out of the agency business and went back to their idea. They built a prototype and got a lot of positive feedback.

But when they launched, the results were disappointing. They got to around $800 a month in MRR and flatlined there for almost a year and a half. Today, their business generates over $4.5 million in annual recurring revenue.

We talk about what kept them going when they were only making $800 MRR. And we deep dive into specific things they did that led to their hockey stick growth. This is a great story and offers some valuable SaaS growth lessons.