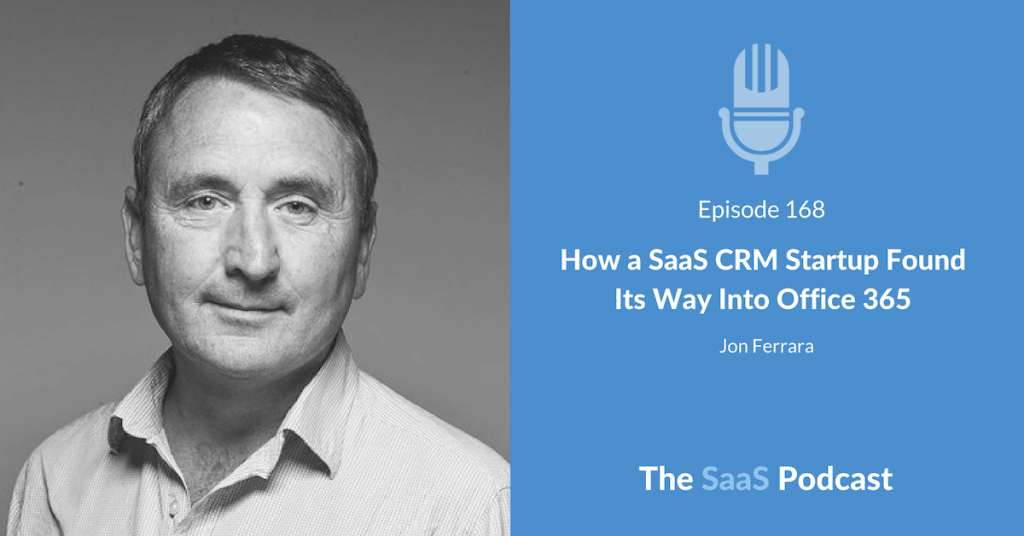 How a SaaS CRM Startup Found Its Way Into Office 365

Jon Ferrara is the founder and CEO of Nimble CRM. Jon is a serial entrepreneur, who started his first company in 1989 with just $5000 and went on to sell it for $125 million.

Around 2001, a year after selling this startup, he was diagnosed with a tumor in his head. Life and his priorities quickly changed for him.

Thankfully he made a full recovery and went on to launch another startup in 2009. He set out to build a social sales and marketing CRM product in a very crowded market.

He had the vision of creating a product that you would live in for your email, social media and other communication. But that plan didn't work out, so he had to pivot.

In other words, even though he had a very successful exit with his first startup, it hasn't made it any easier for him to build his second company. And he's faced a lot of challenges, like any of us would face or are dealing with right now.

But he's kept going. And recently after years of trying, he has built a partnership with Microsoft which could be massive for his business in the next couple of years.

He was one of the very first guests on this show in 2014. And I'm delighted to have had him back and given me the chance to catch up on the ups/downs of his business over the last 3 years.