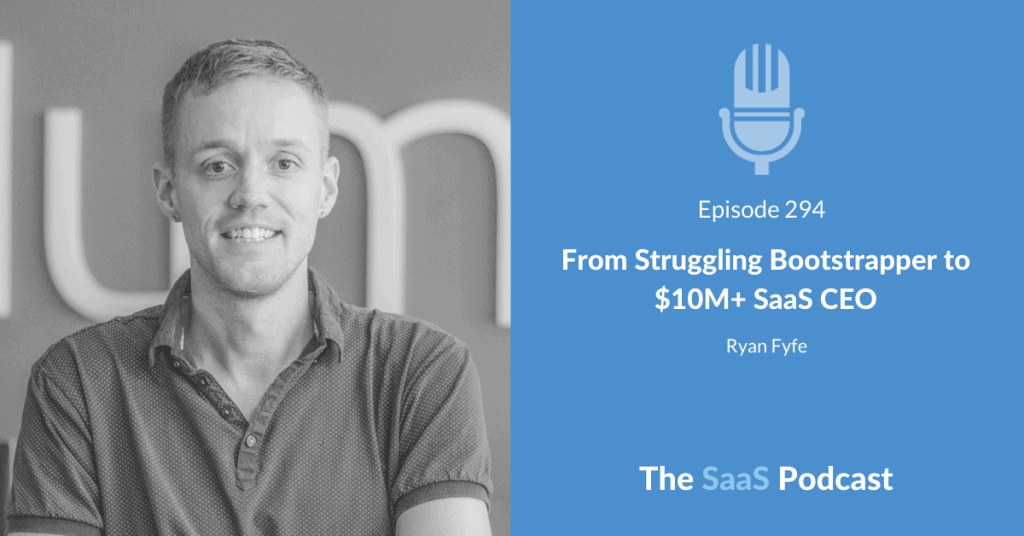 Ryan Fyfe is the co-founder and COO of Workpuls, an employee monitoring, and time tracking software. Previously, he founded Humanity, an employee scheduling software product.

In 2010, Ryan set out to build better employee scheduling software.

Early in his career, he had worked in the service industry and experienced the pains of scheduling shifts both as an employee and manager. He believed there was an opportunity to build an easier solution. He targeted the lower end of the market and quickly built a basic scheduling solution.

He didn't do customer interviews or much market research.

Instead, he trusted his gut that based on his experience, there was a need for his solution. But getting early customers was disheartening. He went from being excited about how his product was going to help hundreds or maybe even thousands of small businesses to struggling to get even 10 customers.

People seemed interested in his product but always seemed to have an excuse for why they couldn't or weren't ready to pay for it.

And things got worse when Ryan realized that it wasn't working out with his co-founder and decided to buy him out. Suddenly he became a solo founder of a product that he believed in, but one that was clearly struggling to get traction. And now Ryan had to do everything from product, marketing, and sales on his own.

But after a lot of persistence and hard work, he figured out how to sell his product.

He went from having a struggling product that nobody wanted to bootstrap it to $100K ARR. And then after raising VC funding, he went on to grow the business to over $12M ARR, 150 employees, and 40,000 customers (including companies such as Nike, CNN, and Lyft).

In this interview, you'll learn exactly how he did that, what mistakes he made along the way, the lessons he learned, and what he's doing differently with his latest startup.