Raygun Founder: From Developer to SaaS Entrepreneur – with John-Daniel Trask [231] 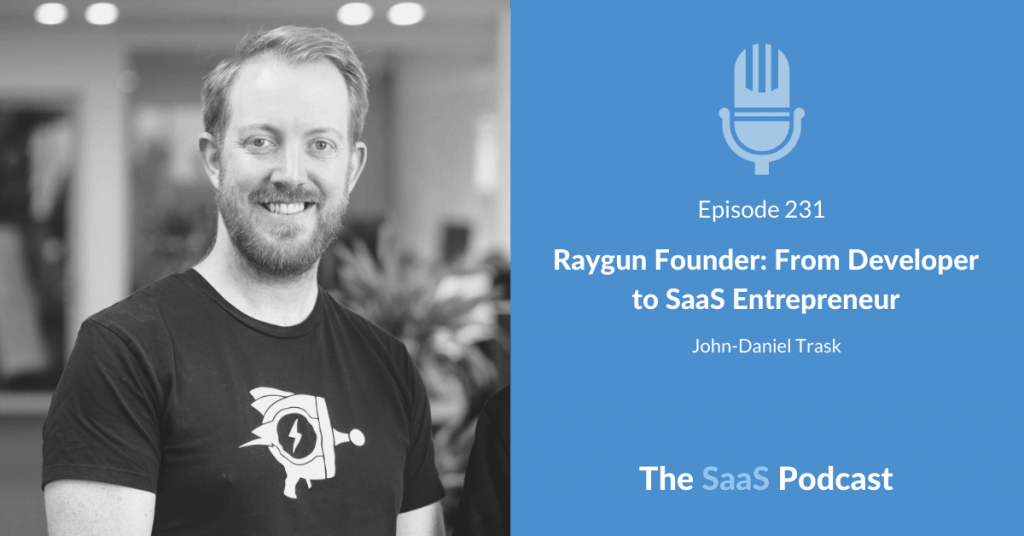 John-Daniel Trask is the co-founder, and CEO of Raygun, a SaaS product that helps developers to monitor the health and quality of their web and mobile applications.

JD and Jeremy were working as software developers for an IT services company in New Zeland. They cared deeply about the quality of their software and hated having unhappy customers. So they were always looking for better ways to track and fix errors quickly.

In 2007, they both put $10,000 each to start a business and launched their first product that notified developers when their software crashed, so they could quickly fix the issue.

But the business grew very slowly. And they both had to keep doing consulting work on the side to be able to pay the bills.
Today, their business is doing several million dollars a year in annual recurring revenue (ARR). They are cash-flow positive and have customers in over 100 countries.

But it's taken them 12 years to get to this point. And it hasn't been an easy journey.

In this interview, we talk about how they've grown the business, some of the challenges they've had along the way, and how they've been able to innovate by ignoring competitors.