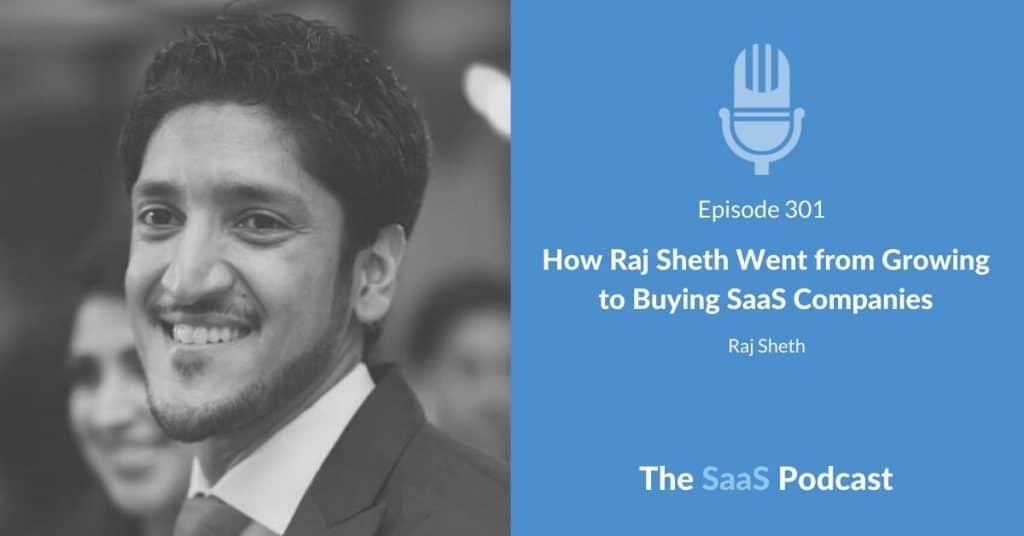 How Raj Sheth Went from Growing to Buying SaaS Companies

Raj Sheth is the founder and CEO of Decalab, a SaaS factory' that buys SaaS businesses that are doing between $1M and $3M ARR and helps them to grow faster and more efficiently.

In 2020, Raj acquired a SaaS data migration company called FlyData. He turned that business around and sold it just over a year later for a 3X return on his investment.

But it took a long time for Raj to have that kind of success.

In 2011, Raj co-founded RecruiterBox, a recruiting SaaS product which he and his co-founders grew to over $4M ARR with around 3,000 customers.

They went on to sell that business to a private equity firm, but it took them 7 years to get there. So it was by no means an overnight success story.

In this interview, we deep-dive into how the co-founders built RecruiterBox. We talk about how they used SEO, paid media, directory listings, and all kinds of other things to grow the business and the lessons they learned along the way.