A SaaS Company That Went from Near Failure to an $8.3 Billion Exit – with Mike Hilton [180] 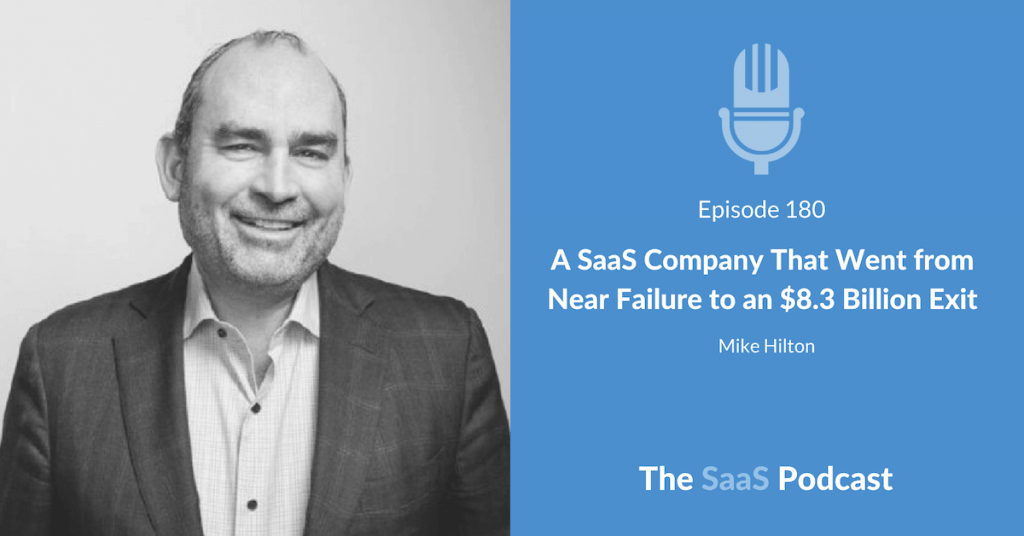 A SaaS Company That Went from Near Failure to an $8.3 Billion Exit

Mike Hilton is the chief product officer of Accolade, a healthcare technology platform that partners with large, innovative employers to simplify and improve healthcare for employees and their families.

Previously, Mike was the co-founder of Concur, a travel expense and invoice management product. Mike and his two co-founders launched the business in 1993 from an apartment and self-funded it for the first year and. In 2014 (21 years later) they sold that business to SAP for a mind-blowing $8.3 billion.

They started out with a Windows product which they sold for $69. And eventually became a SaaS business in 2001. And in order to build the SaaS business, they had to bet the entire company and risk all the revenue they were generating from their existing on-premise product.

It's clearly not an overnight success story – the founders put 21 years into the business. And it wasn't all smooth sailing either. They became a public company in 1998 and grew to a market cap of $1 billion and a share price of $60. But within a couple of years, their market cap dropped from $1 billion to $8 million and their share price went from $60 to 27 cents!

They were losing money and hemorrhaging employees. And they were written off for dead. But they figured out a way to keep going and eventually turned things around.

It's a fascinating story and Mike is a great guest who shares it all.