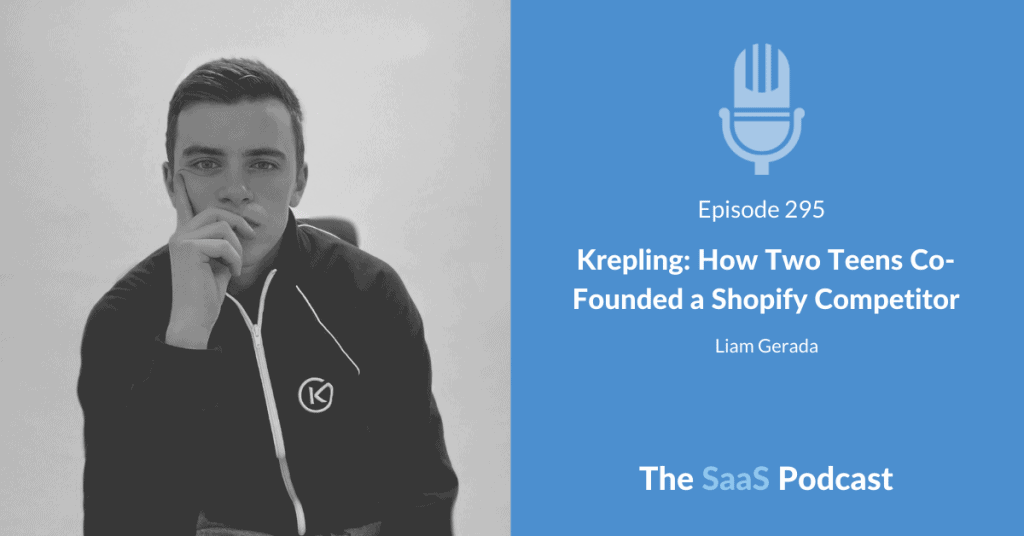 Liam Gerada is the co-founder and CEO of Krepling, an e-commerce platform for online stores.

In 2018, two teenage brothers in Malta wanted to start an agency.

They'd recently sold their Shopify store and decided that they wanted to help others running similar businesses. They spent a few months validating the idea but realized people didn't need an agency, they needed a better platform.

So Liam and Travis set out to build a Shopify competitor.

Neither of them was a developer, but Travis had taken some courses so knew just enough to start building something. After months of work, they shipped a product with a clunky backend and ugly user interface. But the product was free and they were still able to attract new users.

But as soon as they started charging, every user they had churned.

The brothers pushed on and tried anything they could think of to find customers e.g. posting on sites like Quora and Reddit, sending cold emails, etc. Eventually, they were able to find a handful of customers.

The two brothers have made significant improvements to their product. They now have over 500 customers. And they've raised a pre-seed round from Jason Calacanis' Launch accelerator.

They still have a long way to go and a lot more work to do.

But I think they've accomplished a lot in the last couple of years. They're both still pretty young, don't have tons of experience, didn't know how to code, and live on a small island in the Mediterranean. But that hasn't stopped them from building their SaaS business and finding customers.