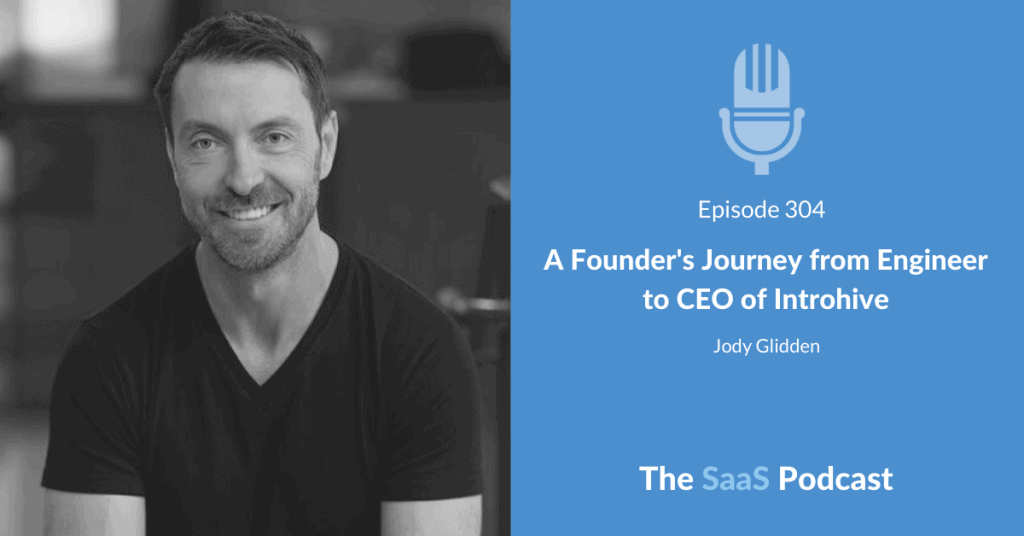 A Founder's Journey from Engineer to CEO of Introhive

Jody Glidden is the co-founder and CEO of Introhive, an AI-powered SaaS platform that helps companies improve sales by making sense of huge amounts of data and understanding their relationship graph.

Jody and his co-founder Stewart started Introhive in 2011 and have grown it into a SaaS business doing tens of millions in revenue and around 400 employees. They have also raised over $135 million in funding.

It all started when they realized how difficult it was for most organizations to keep their CRM system up to date. Being an engineer, Jody figured that this was a data problem that they could solve within 6 months.

But it took them almost 4 years to solve that problem. And during that time they struggled with customer churn because their data just wasn't good enough.

They also tried a lot of inbound marketing and got almost nothing from that for a long time. Eventually, they decided to do more outbound and chose one vertical market to focus on.

That approach got them onto the right path, but even then it took them almost 3 years to close a deal with the first customer in that vertical.

In this interview, Jody and I talk about how they've gone from zero to a business that's currently on track to hit $100M ARR in the next 2 or 3 years. We deep dive into all the major challenges they faced, how they solved them, and extract some lessons that might help you if you're currently dealing with similar issues.