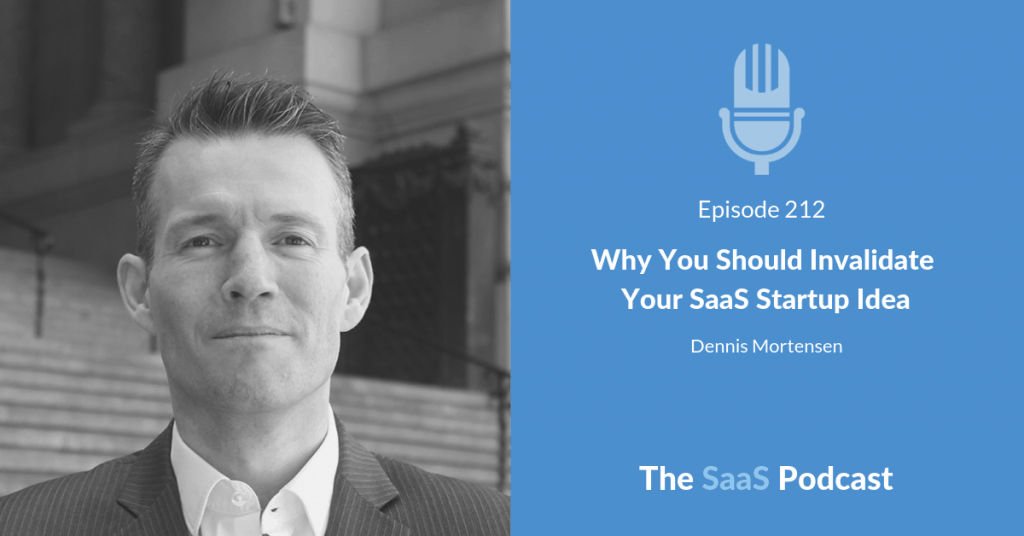 Why You Should Invalidate Your SaaS Startup Idea

In this episode, I talk to Dennis Mortensen, the founder and CEO of x.ai, an artificial intelligence-driven personal assistant that schedules meetings for you.

Dennis had just sold his company and now had plenty of time on his hands.

When we have more time than we know what to do with, we sometimes do silly things. And that was no different for Dennis.

As he sat in front of his computer, he opened up his calendar and started counting the number of meetings he'd had in the last year. He counted a total of 1,019 meetings.

But what really shocked him was that 65% of the meetings he'd setup, had to be rescheduled.

So that got him thinking about a solution. But there were already lots of SaaS products that helped people to schedule and reschedule meetings.

He knew how easily he fell in love with new business ideas. So instead of trying to validate his idea, he spent the next few months trying to convince himself not to work on it.

When he couldn't talk himself out of working on the idea, he decided to move to the next step.

He validated his idea by building a concierge MVP' which turned out to be really smart. And we cover what exactly he did to test his idea without writing a single line of code.

And that's how x.ai was born. Today, the company has raised over $44 million.

Dennis is a serial entrepreneur who's already had 3 successful exits and one failed startup. He shares some fascinating insights in this interview.

I think you'll really enjoy it.