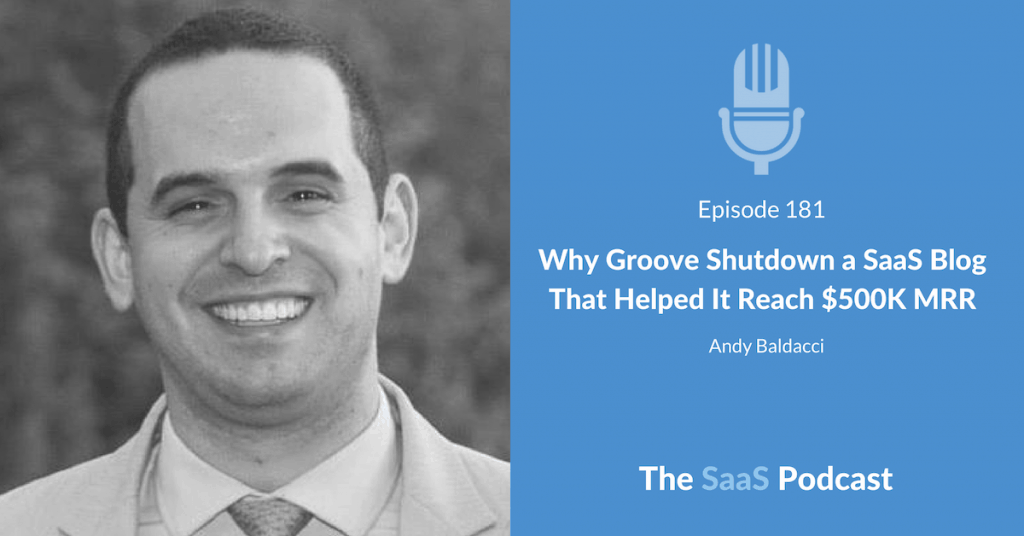 Andy Baldacci is the host of The Early Stage Founder podcast and a marketer at Groove.

Groove is a simple help desk SaaS product that's used by over 8000 companies. The business was founded in 2011 by Alex Turnbull. Alex bootstrapped the business and had grown it from zero to over $500,000 in monthly recurring revenue.

For 2 years, Alex and his team tried to make content marketing work for them. But they were getting nowhere. And at one point, he seriously considering shutting down their blog for good.

But after taking a step back, he decided to launch new blog. It was about a startup's journey and sharing everything they learned getting to $100,000 in monthly recurring revenue. At that point they were only making a few thousand dollars a month.

It was a unique approach at the time. And it was a big audacious goal. But they worked hard to publish high-quality, in-depth, transparent content every week. And it started to pay off.

And over the last 5 years, that blog has been the biggest driver of growth. It's helped them to go from a few thousand dollars a month to a $5 million business.

But recently, Alex and his team decided to shutdown the blog — at least for a few months. Growth was slowing down and they realized that what got them here, wouldn't necessarily get them to their next big milestone of $10 million a year.

In this episode, Andy shares the story of how they used the blog to get to $500,000 in MRR, why they shut down the blog and what they're doing to reboot their content marketing efforts.