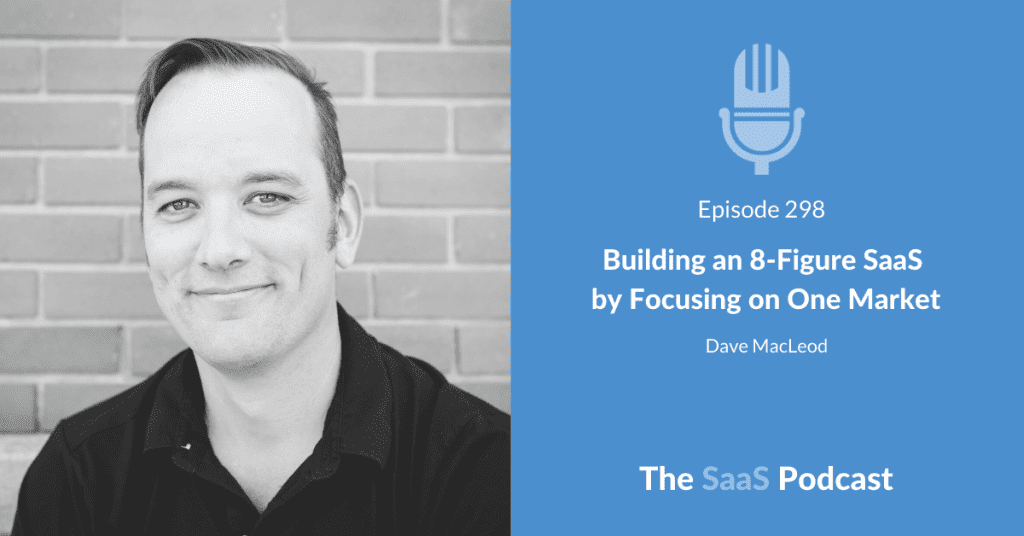 Building an 8-Figure SaaS by Focusing on One Market

Dave MacLeod is the co-founder and CEO of ThoughtExchange, an enterprise tool that helps leaders quickly gain critical insights and make better decisions.

In just over 10 years, Dave and his co-founder Jim have grown ThoughtExchange into a $20M annual business with 200 employees, and $45M in funding.

But there was a time when no one was interested in buying their product.

They built the product first and then tried to find people who had a problem that they could solve. It wasn't a smart way to go about building a business.

So it was hardly surprising that they struggled to find customers.

They kept hearing the same feedback i.e. it's an interesting idea, but it's not a product we'd ever use in our organization.

But eventually, they did find a customer in an unlikely place. It turned out that a school superintendent had exactly the problem their product could solve.

And at that point, the founders made a very smart decision – although they didn't fully realize it at the right. They decided to go all-in and focus on school districts.

For almost 5 years, they focused almost exclusively on that one market instead of going out and trying to sell their product to everyone.

Today, half their business comes from enterprise customers. But their success was originally built by focusing on one target market and one customer for years.

Whether you're trying to find your first 10 customers or your first $100M in annual revenue, having focus is critical. And that's what we dig deeper into in this interview.