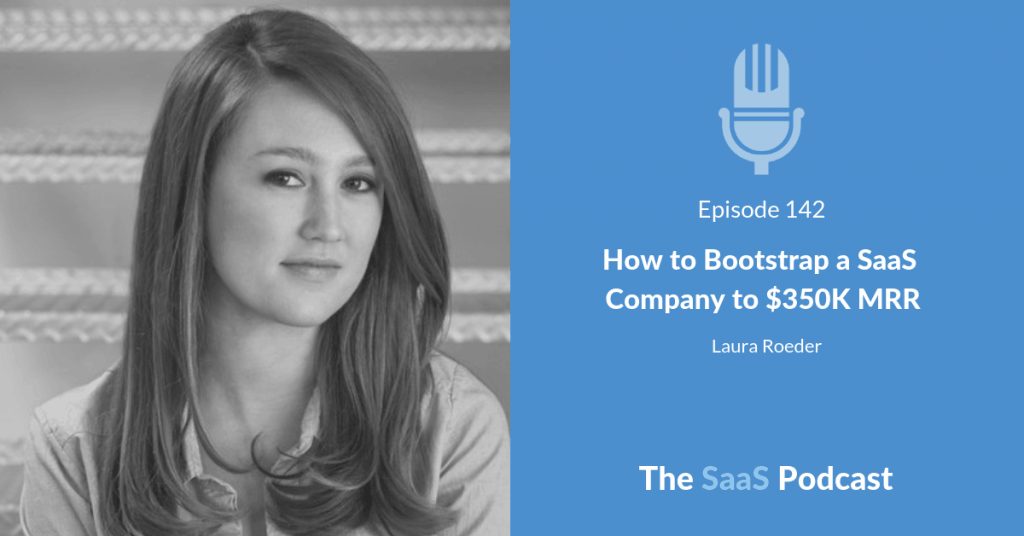 How to Bootstrap a SaaS Company to $350K MRR

Laura Roeder is the founder of Meet Edgar, a social media scheduling & automation SaaS product. She started her entrepreneurial journey at the age of 22 by launching a web design business and then a social media consulting and training business. And in 2014, she decided to launch Meet Edgar, her first SaaS business. Today, the company generates over $4 million in annual recurring revenue (ARR) and has been self-funded from day one.

This week's interview is a story about a first-time SaaS entrepreneur. She didn't have any experience with software and didn't know the first thing about coding.

But she was already building a following in the social media space and realized that the way that most people handle social media isn't sustainable for small businesses. She thought there was a better solution and decided to build a software product.

And she's done a lot of things that many startup founders would consider counterintuitive. For example, her product's homepage is optimized for email list building and not getting people to immediately sign up for a trial.

And her approach to Facebook advertising was deceptively simple. And it went against the advice that most Facebook experts would give you. But it worked.

And she's kept her company laser-focused on small businesses. She could have easily started adding more features and higher-level plans for teams and agencies. But she has been very deliberate about not doing that.

And that approach has paid off her. The business is now doing over $4 million in annual recurring revenue and is continuing to grow quickly.

There are some great lessons here and I hope you enjoy the interview.