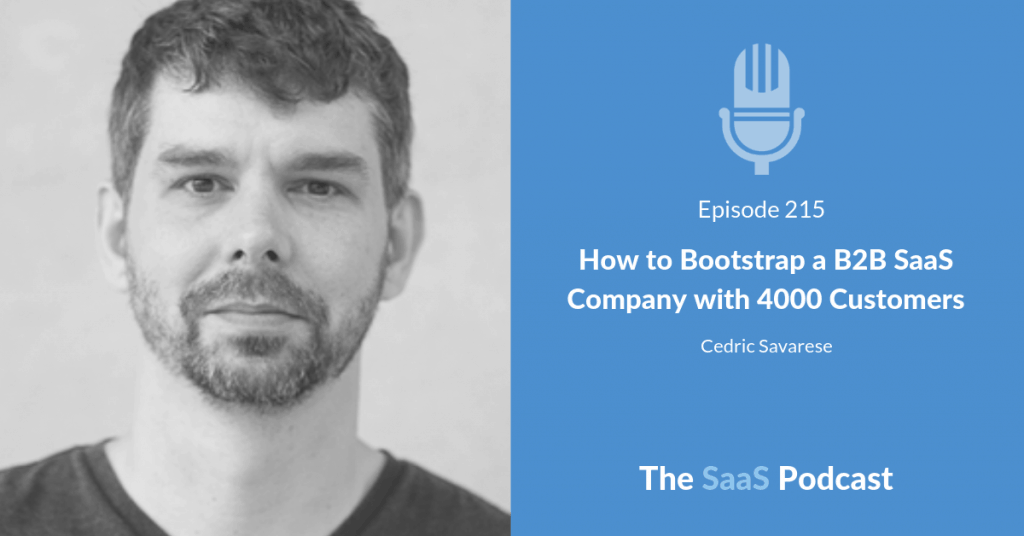 How to Bootstrap a B2B SaaS Company with 4000 Customers

Cedric Savarese is the founder and CEO of FormAssembly, a SaaS platform that helps businesses to create web forms and collect data.

In 2002, Cedric moved from France to the USA. And he landed a job as a web developer at a higher education college in Indiana.

He found himself spending a lot of time building web forms to capture data. It was tedious and boring work. But he realized how important these forms were from a business perspective.

He started spending his evenings and weekends developing a form builder – an automated way for his end-users to create these web forms themselves. It was just a side-project.

He shared the project on Hacker News and people started signing up. After a while, he added a paid plan and before he knew it, he was earning coffee money from his side-project.

It was slow going, but Cedric kept working on his side-project. He listened to feedback he was getting and kept improving the product.

The cost of living in Indiana was pretty low compared to places like San Francisco. And after 2 years, he was making enough money to quit his job and focus on his product full-time.

But there was nothing unique about Cedric's product. There were already a number of similar form builders on the market and it seemed like new ones were being created every week.

So how big could his little side-project get? And how could he stand out from the crowd?

He kept listening to what his customers told him. And eventually, he found one simple thing that helped him differentiate his product.

In this interview, you're going to learn what the one thing was. And you'll learn how he doubled down on that differentiator to bootstrap his little side-project into a profitable business with 65 employees.

It didn't happen overnight, it's taken Cedric 13 years to get here. But it's an inspiring story on how you can turn a simple idea into a successful SaaS business.