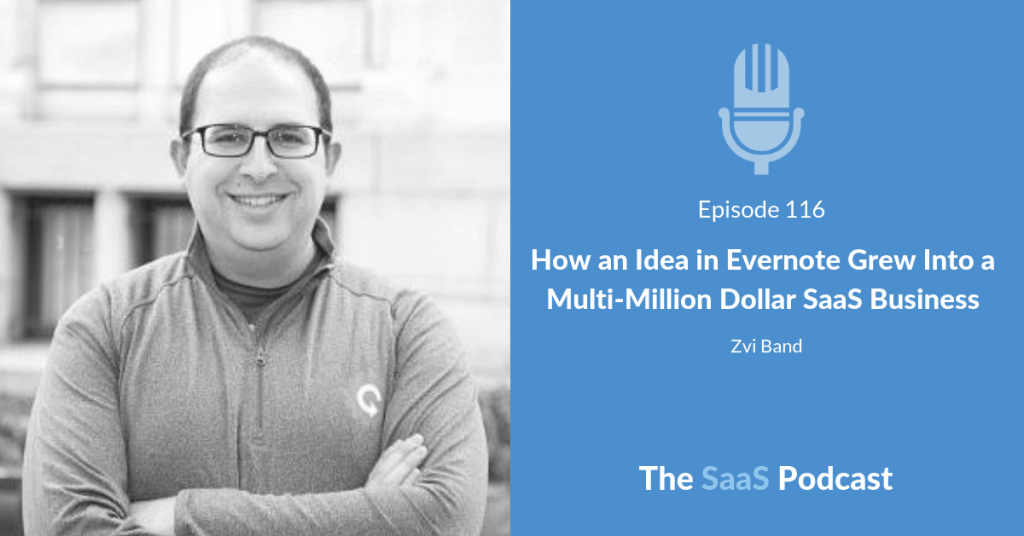 Zvi Band is the co-founder and CEO of Contactually, a CRM tool which helps you turn relationships into results.

He's a software developer and entrepreneur who founded Contactually in 2011. And he's grown it into a multi-million dollar business with over 70 employees. The company is based in Washington DC and to date has raised over $12 million in funding.

For the next few months, he played with the idea, hacked together a prototype over a weekend, but didn't see it any more than a side project.

Today, after 5 years that idea in Evernote has grown into a business that's generating several million dollars in revenue with over 70 employees.

It's a great story and we'll share what Zvi did to turn that idea into product and business. We talk about the ONE thing that he wished he'd done differently — which is great advice for anyone in the early days of building their product. And we talk about what he still struggles with today (despite the success that he's had).