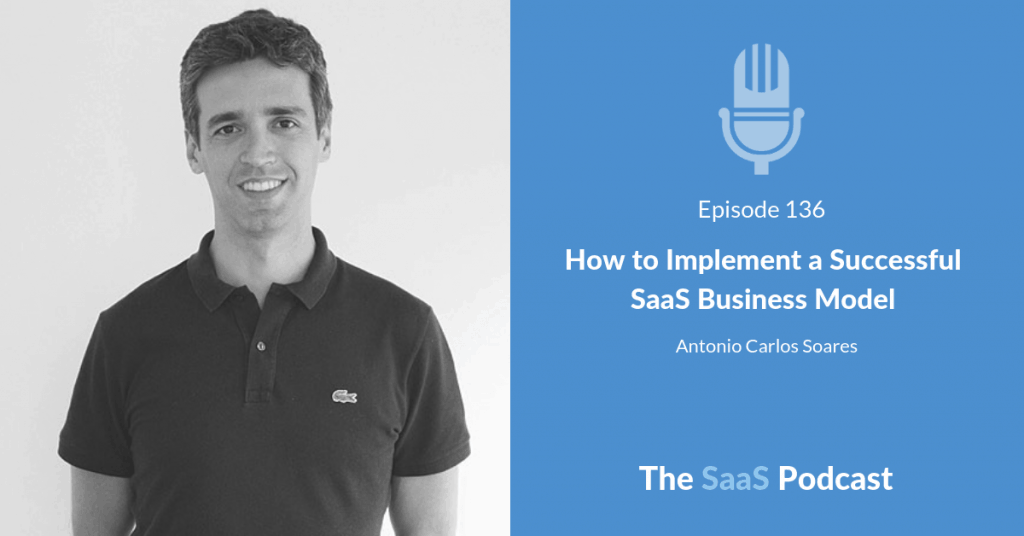 How to Implement a Successful SaaS Business Model

Antonio Carlos Soares is the co-founder and CEO of RunRun.it, a SaaS product that helps teams to manage tasks, projects, performance and corporate communication.

The company was founded in 2012, is based in Sao Paolo, Brazil and to date has raised $4.4 million in funding. RunRun.it has more than 1000 paying customers and generates over $2 million in annual recurring revenue (ARR).

Antonio is a serial entrepreneur from Sao Paulo, Brazil. He quit a successful consulting career to build his own startup.

Like most entrepreneurs, he had a roller coaster of a ride. He had tough moments such as having to put this mother’s apartment up as collateral for a business loan. And he had highs by successfully building and selling a business.

Since 2012, he's taken RunRun.it from zero to over $2 million in annual recurring revenue, 1000 customers, and over 65 employees.

In this episode, Antonio shares his story and how he’s built several successful businesses. And we talk in some detail about how to implement a successful SaaS business model.

We talk about how ‘freemium’ turned out to be a bad business model for RunRun.it. And we discuss the mistakes he’s made along the way and critical lessons he’s learned about pricing, revenue, profitability and SaaS business models.