SaaS Club is focused on helping entrepreneurs and companies to build, launch and grow successful SaaS (software as a service) products. There are 3 founding pillars: 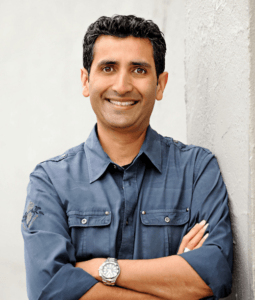 Hi, I'm Omer, the founder of SaaS Club and the host of The SaaS Podcast. I’m Omer. I live in the Seattle area with my wonderful wife and 2 amazing kids. I grew up in London, England. I became a self-taught computer programmer at the age of 10. I convinced my parents to buy me a Sinclair ZX81. With the 16k Adapter, which you could plug into the back, it had a total of 17K RAM. I thought it was the most amazing thing in the world. I developed my first game (my own version of the popular Donkey Kong) by copying code out of a magazine and then messing around with the code to see what would happen if I changed something. It was the best way to learn, and it’s still the best way to learn now. I wanted to start my own business from as far back as I can remember. At the age of 15, I hired a local community center for the night, found a DJ and sold tickets. It was a profitable event. And I went on to organize much bigger events at nightclubs in London’s West-End. But one day, I experienced my first business failure. I lost a lot of money. It was hard lesson to swallow at 18 years old. Everyone around me convinced me that I should do something more ‘sensible’ like a getting a job. I figured that I wasn’t cut out to run a business and so took their advice. And as I got addicted to a paycheck, my dream of building my own business became a distant memory. Fast forward to present day. I’ve spent the last two decades working for big companies such as Walt Disney and Microsoft. I spent the last 14 years working as a program manager (aka product manager in the ‘real’ world). But I just couldn’t get the idea of building my own business out of my head. But now, I wasn’t a single guy anymore with no commitments. I was married, had two young kids, a mortgage and a very comfortable life. One day, I heard Jeff Bezos (founder and CEO of Amazon.com) talk about his “regret minimization framework”, where he’d imagine himself as an 80-year old looking back at what regrets he had in life. I asked myself, “when I’m 80-years old, will I regret leaving a comfortable six-figure job?”. And the answer was “I’m not sure”. But when I asked myself, “when I’m 80-years old, will I regret never even having tried to build a business?”. And the answer was “Absolutely!”. So after 14 years at Microsoft, I decided it was time to take the leap and pursue my dream.